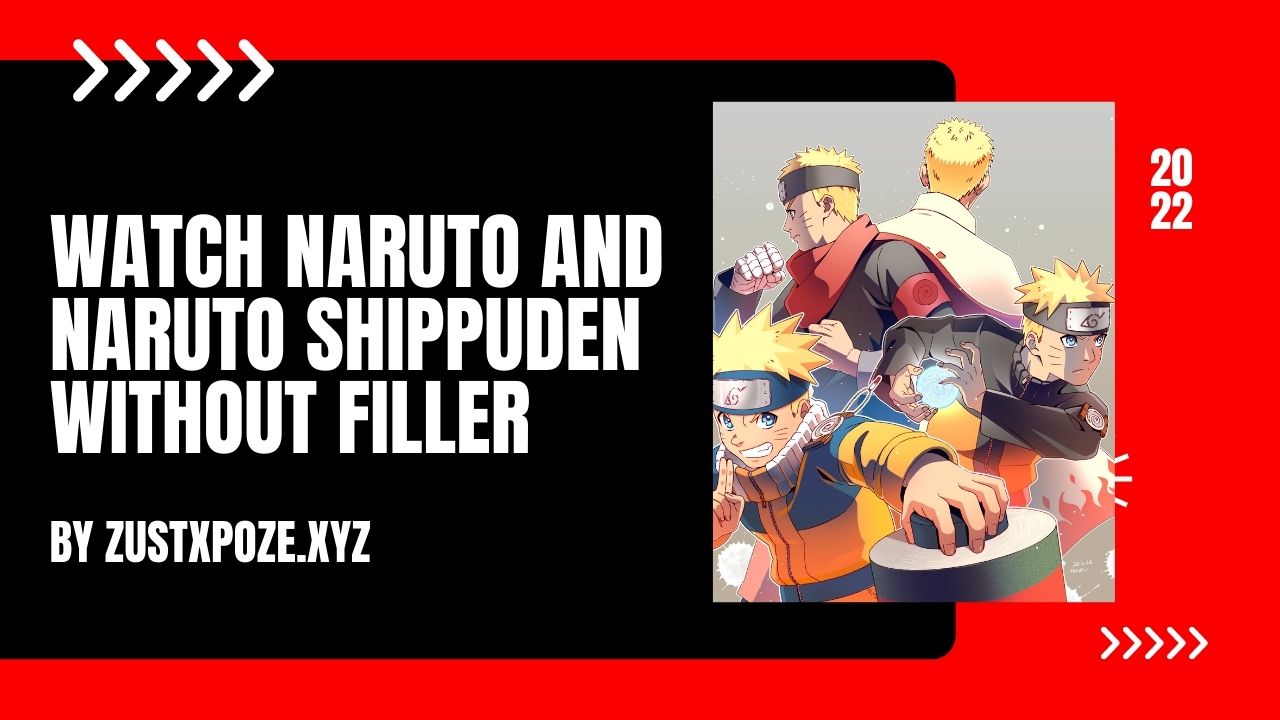 If you are wondering how to watch naruto and Naruto Shippuden without any filler? Then don’t worry you are at the right place.

Naruto is one of the best anime of all time, its storyline, characters, and concept of chakra are all great but the problem is that the whole show has 720 episodes.

Naruto (part 1) has 44% filler while Naruto Shippuden has 43% filler episodes which means you can skip these episodes and it will not affect the main storyline.

let’s start our today’s topic on how to watch Naruto and Naruto Shippuden without fillers.

Also Read: How To Start A Leading Blog In 2022?| Free guidance

Method 1: Use Filler List To Naruto and Naruto Shippuden without Any Filler

You can use some sites like Anime Filler List which contain all the data of every anime that will help you to avoid filler episodes and directly jump to the main episodes.

These sites contain a full database of every anime and mark them as they are Canon, Mostly Canon, Mostly Filler, or Filler. Even these sites also contain the filler list of other anime like Dragon Ball Z, Bleach, Black Clover and etc.

A YouTube Channel named Oceaniz recently uploads a video titled ‘I Re-Edited ALL of Naruto for my Girlfriend.‘ In this video, he told how he asked her girlfriend to watch naruto with him, so if you wanna watch his video then check out his channel by clicking the given button below.

Naruto and Naruto Shippuden are in English dub.

The Naruto and Naruto Shippuden that he edited is in English dub that which you can not watch in the Japanese sub.

The process he stelled on was to condense multiple tv episodes into movie-sized videos each between 15 minutes and 2 hours long, opening would only play once per video, and endings were only included when he thought they enriched the experience.

Not all the fillers were removed, some of the fillers are actually good so he didn’t remove them but some other filler is just an adaption of supplementation material like the novels so he ended up including some anime original per his own judgments.

Isolated filler episodes with no bespoke arcs that nonetheless warranted being included ended up in so-called Special Episodes which are themed compilations of good filler that revolve around similar stuff.

for example, Special number one contains all filler episodes centered on unmasking Kakashi.

How to watch it.

Step 2: If it asking for a password then enter “Narut0Uzumak1“

1 thought on “Watch! Naruto and Naruto Shippuden without Any Filler| 2 best methods to watch”